Published 05/19/2016 - 13:05
Although English continues to strengthen its dominant position, German has not been sidelined but still maintains its place in Finnish business communication.

The use and relative importance of languages in companies in Ostrobothnia, Central Ostrobothnia and South Ostrobothnia, which has business contacts with the German-speaking countries, were examined in the research project Yritysviestintä Pohjanmaan ja saksankielisten maiden välillä. In the recently published research report, the results of a survey conducted within the project have been presented.

The employees write and read for instance e-mails, brochures, manuals and contracts in German. Moreover, they speak German e.g. on the phone, during customer service, negotiations and in different meetings.

Do you benefit from German in the job market?

Almost all of the respondents have some sort of knowledge of German. However, some use their knowledge more than others.

In the workplace, it will not necessarily be sufficient if you only have basic knowledge of German. It pays off to study the language further for it to be of use on the labour market. The respondents are largely of the opinion that the knowledge of German improves job opportunities in their sector, for example in the metal industry.

Half of the respondents also believe that the importance of German will increase in the future.

Multilingualism has an important role

In addition to German, multilingualism plays an important role in Finnish business communication. The respondents do not only master the local languages but they usually have language skills in four and at most in ten languages. They use their language skills at work and do not only name Finnish, Swedish, English and German as working languages, but also, for example, Russian, French and Spanish.

The companies do not only use different languages when they communicate with their business partners but multilingualism can also be observed in the companies’ internal communication.

− More than two-thirds of companies use more than one language for internal communication, Breckle states.

The most common languages in internal communication are Finnish, English and Swedish, but also German is used in some of the companies.

The survey was conducted in the autumn of 2015, and the questionnaire was sent to 145 companies in Ostrobothnia, Central Ostrobothnia and South Ostrobothnia, which have business contacts with the German-speaking countries. The research project was funded by Kauppias Gustaf Svanljungin lahjoitusrahaston säätiö and Vaasan Aktiasäätiö.

The research report is available at: 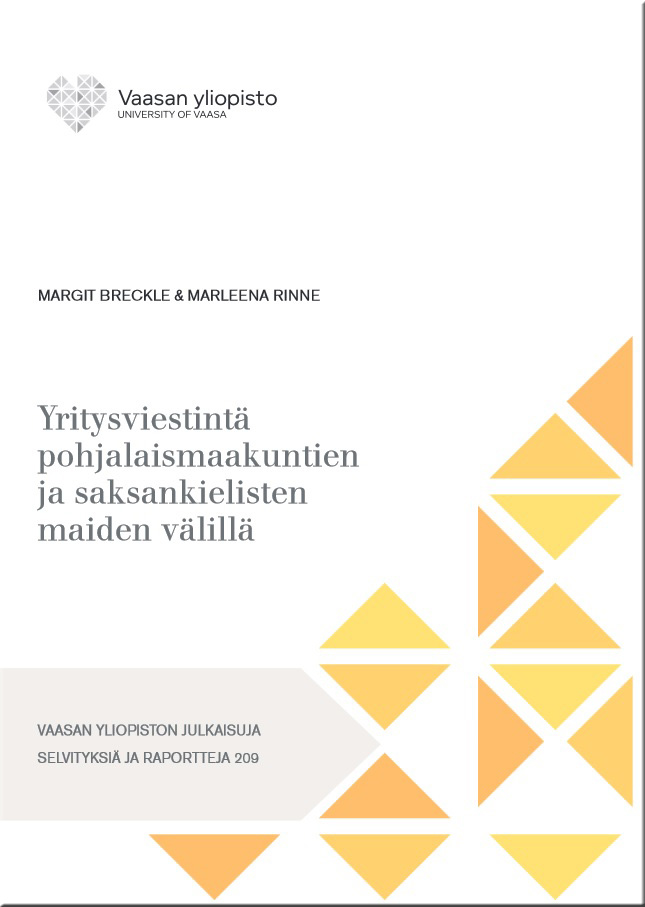