Are the power grids ready for a faster renewable revolution? 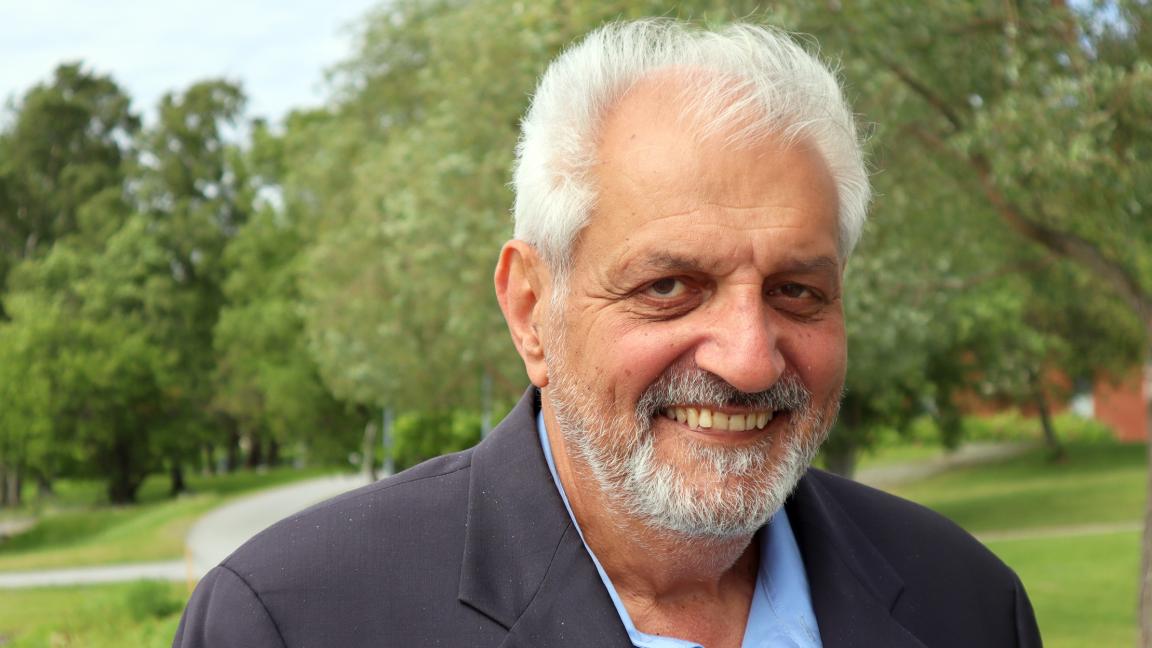 The reduction and replacement of natural gas in electricity generation in Europe will make the energy transition faster, says Nikolaos (Nikos) Hatziargyriou, a new visiting professor of electrical engineering at the University of Vaasa. Natural gas and other fossil fuels are being replaced by a rapidly increasing amount of renewable energy, but will the existing transmission grids in Finland and Europe have enough capacity for this?

Nikos Hatziargyriou is professor emeritus in power systems at the National Technical University of Athens and a highly respected researcher in the field. He will give a hybrid lecture on Wednesday 28 September at 1 PM at the University of Vaasa on "The Future Resilient Energy Systems - Role of Microgrids and Energy Communities".

The European Union has put energy security at the top of its agenda. At the same time, it wants to substantially increase the use of renewable energy. The EU Commission has set a new target of 45 percent share of renewable energy by 2030. But are the power grids ready for this?

– We don’t have networks that accept so much. This is the situation in many parts of Europe, including Greece and I think also in Finland, says Hatziargyriou.

Fingrid, Finland’s transmission system operator, has already warned about electricity transmission capacity problems. They say that due to new wind power being built on the west coast of Finland the transmission grids might not have enough capacity. There have been some investments, but more are needed to keep up with the current development.

Renewable energy is weather sensitive. It goes up and down like the sun. Sometimes there is a surplus and sometimes a deficit. Renewable energy needs to be backed up by balancing power to keep the amount of electricity produced and consumed in balance. In Europe, balancing power has traditionally been generated by thermal units running on fossil fuels. In Finland, hydropower has also been used. When gas fired and other thermal power plants are shut down, the flexibility of the electricity system must come from somewhere else.

– This requires both new technical solutions and a change in the electricity market. You have to start exploiting the flexibility of distributed resources. And that is a new way of thinking, says Hatziargyriou.

Flexibility can be provided by the consumers and by new distributed energy resources and energy storages. Consumers can for example enhance the flexibility of the energy system by shifting their electricity consumption from peak hours to off-peak hours.

In the future, renewable energy will be much more abundant than it is today, and the energy price may be very low – it might even be close to zero or negative at times. Because of this, professor Hatziargyriou sees that the way the market operates now will not be the case in the longer run.

– It will be a market of investments and security rather than a market of energy. The market has to change and remunerate the infrastructure. So, if there is no wind blowing, you will still have electricity. This will become extremely important, Hatziargyriou points out.

"An ideal way to develop research"

Professor Hatziargyriou is already familiar with the University of Vaasa from his earlier visits to Finland. Among other things, he has been a member of the advisory board of the university's energy and sustainable development research platform VEBIC (Vaasa Energy Business Innovation Centre).

– I have also visited Vaasa EnergyWeek. I am very impressed by the industrial environment in the Vaasa region. Collaboration between the university, companies, local authorities, funding organisations and operators can be an ideal way to develop applied research. That is my main interest of being here, says Hatziargyriou.

As a visiting professor, Hatziargyriou will be contributing to research at the University of Vaasa, helping with research projects and publishing research results in collaboration with other researchers. He will also give guest lectures and contribute to courses. He will also collaborate with the director of the VEBIC research platform, SuviKaririnne.

– My intention is to help strategically and practically by interacting with local industry and by using my experience to develop applied research at the university.

Hatziargyriou will also support the university in applying for external funding, for example, from the EU's Horizon Programme.

–  I also aspire to bring the two universities closer together: the National Technical University of Athens (NTUA) and the University of Vaasa, so that we can learn from each other.