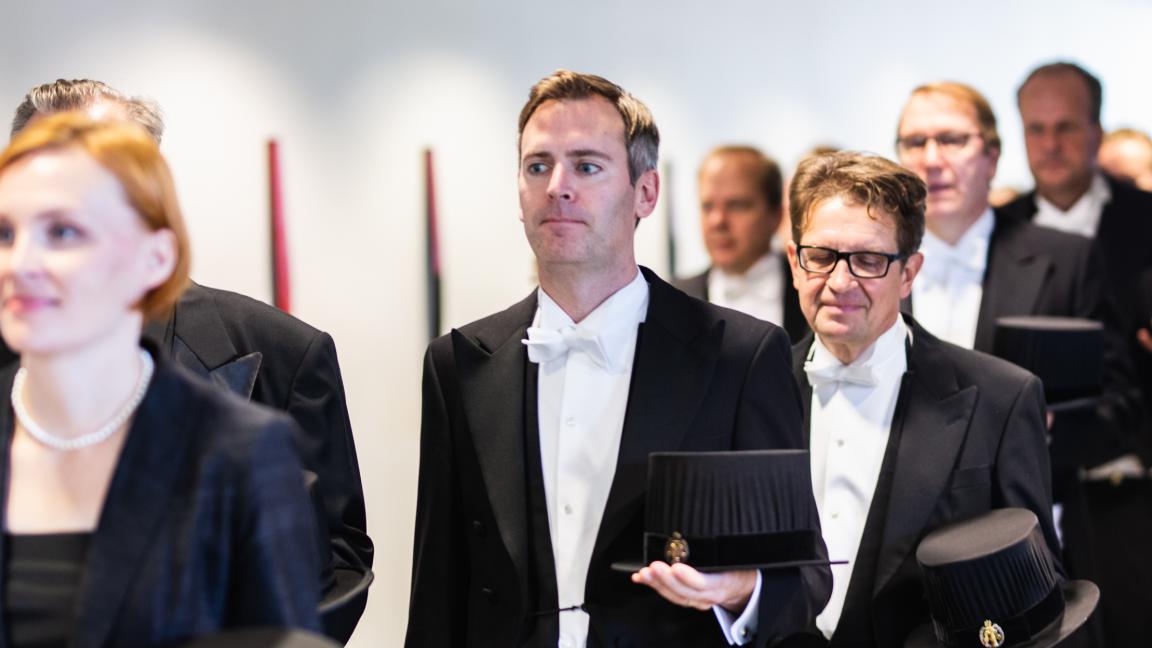 The opening ceremony begins with an impressing procession as the members of the scientific community, who are all dressed in dark suits or dresses, make their way along the corridors of the Tervahovi building. All doctors carry their doctoral hats in their left hand as a sign that they have completed their degree.

The opening ceremony festivities of Finnish universities have their roots in Sweden. This is because Queen Christina of Sweden founded the first Finnish university in Turku in 1640 (present-day University of Helsinki), and at the same time, academic traditions transferred from Uppsala to Finland. The same goes for Estonia where the Swedish rulers established a university in Tartu. On the other hand, these traditions are based more widely on European practices.

The opening ceremony begins with an academic procession that is led by the rector. He is followed by the vice-rectors, deans, professors, and directors of affiliated institutions. These will be followed by the directors and vice-directors of the administration, as well as other teachers and researchers in order of seniority.

– The reason why we wear black is related to the fact that we want to give priority to the matter itself and not show off with clothes. Black is low-key, dignified, and formal. Dressing in the same colour signifies uniformity across schools and units.  We are, after all, a scientific community, an academy, says Dean Pirjo Laaksonen from the School of Marketing and Communication.

Laaksonen remembers that the University of Vaasa followed the opening tradition of Finnish universities, with all processions and church services, up to the latest change of the rector.

– It is a pity that the tradition that binds us to our roots was lost. I believe in maintaining traditions. Now, more than ever, we need community and common symbols.

After the procession, the opening ceremony will continue with a speech from the rector in which he will outline the coming academic year. The student union will also address the university community. After the ceremony, the procession will lead the audience for an after-coffee and a chance to chat.

Read more about this topic
Events