Skip to main content
KvarkenSat is a joint small satellite between the Ostrobothnian provinces and Västerbotten, which is due to be launched into space in just over a year. The small satellite is the result of cooperation across the Kvarken. It also demonstrates that the conquest of space is not just for space superpowers. KvarkenSat will be the first satellite to be registered by the University of Vaasa

The design and implementation of the KvarkenSat small satellite is part of the 'New Space Digital Economy Innovation Center' project funded by the EU's Interreg Botnia-Atlantica programme, the Regional Council of Ostrobothnia and the province of Västerbotten. The project is abbreviated as KvarkenSpaceEco.

KvarkenSpaceEco is a project focusing on the new space economy, implemented by 10 universities and research institutes on both sides of the Kvarken. The actors in the project are involved in developing an ecosystem around space data and economy in the Kvarken region, as well as the Kvarken Space Center.

'The project will make space data available to the region's residents, companies, schools and other actors, as well as introduce them to the opportunities brought by the new space economy,' says the director responsible for the project, Professor Heidi Kuusniemi from the University of Vaasa.

In the KvarkenSpaceEco project, a ground station has been built on the university campus in Vaasa, which receives data transmitted by satellites and, in time, will control the region's own small satellite. The ground station will become part of the space data laboratory of the University of Vaasa to be built in the Technobothnia research center.

A vast amount of technology in a small package

KvarkenSat is a very small LEO satellite that will orbit the earth at an altitude of only a few hundred kilometres. The name LEO comes from the words Low Earth Orbit. In a low orbit, a fast-moving satellite orbits the earth in up to 1.5 hours.

The two-kilo KvarkenSat is 20 centimetres high and 10 centimetres wide on each side. Like a normal satellite, it includes antennas, a computer and an electrical system with solar cells and batteries, as well as various data-collection devices, or the so-called payload. All these devices are very compact.

The satellite is a technology demonstration of a unit of six control motors developed by the Finnish Aurora Propulsion Technology, which is used to adjust the position of the satellite and prevent rotation. This ARM-A module, which will be built into a satellite for the first time, tests how well it can keep the satellite stable. The operation of the module's motors is based on the evaporation of water and the rapid release of water vapour out of the nozzles so that the satellite moves in the desired direction. Testing the module will help the company develop sustainable solutions to remove satellites from orbit and thus reduce space debris.

The rest of the payload of the satellite transmits various observations to the ground station, mainly from the earth's surface. The very compact hyperspectral camera developed by VTT can take pictures of the Kvarken region and other points of interest at different wavelengths. The pictures can be used to monitor, analyse and model the properties of land, sea and vegetation, and to detect emissions and pollutants.

The movement of vessels in the Gulf of Bothnia and other sea areas can be monitored using the AIS receiver included in the payload. The device, built at Aalto University, receives signals from the automatic ship identification system, which increases the safety of ships. The AIS system provides, for example, the identification information of vessels and their position, direction and speed.

The satellite also has a GNSS receiver that has not previously been used in such small satellites. It enables KvarkenSat to carry out precision positioning by receiving data transmitted by Global Navigation Satellite Systems on three frequencies and to use the data to determine its location. Of particular interest is the use of the European Galileo satellite positioning system to measure KvarkenSat's accurate orbital data. The three-frequency measurements can also be used, for example, for atmospheric research.

In addition to this technical content, KvarkenSat will travel into space with all the drawings in digital form entered in the #MyKvarkenSat competition for children and young people, as well as a picture of the KvarkenSat 3D satellite model painted by students of the Vimpeli co-educational and upper secondary school, which is on display today at the publication event.

The satellite has many functions

KvarkenSat, which will be built next year, will be the first satellite to be registered by the University of Vaasa. It aims to increase the awareness of the inhabitants of the region about the opportunities offered by space and space data.

'KvarkenSat is also a good example for companies that a small satellite that collects many types of data can be built for just a small amount of money. Think of everything that could be achieved together,' points out Jaan Praks, Associate Professor at Aalto University, who has already been involved in many small satellite demonstrations.

The KvarkenSat demonstration is also a study trip for the universities and research institutes belonging to the project team, which will be used to learn how to design and operate a small satellite and a reception station, and to develop data utilisation paths. During its life cycle, KvarkenSat will provide valuable research material to many students and researchers.

'The data will be openly available through the www.kvarkenspacecenter.org portal,' says Project Manager Kendall Rutledge from Yrkeshögskolan Novia. 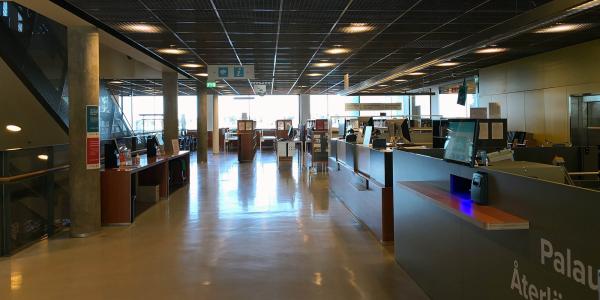 Only about one in five students have paid the healthcare fee – more than 200,000 have yet to pay 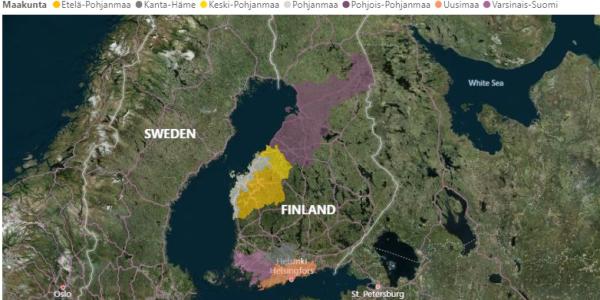